Talented is a recruitment company run by friendly folks and where the talent is treated as the customer rather than a resource. 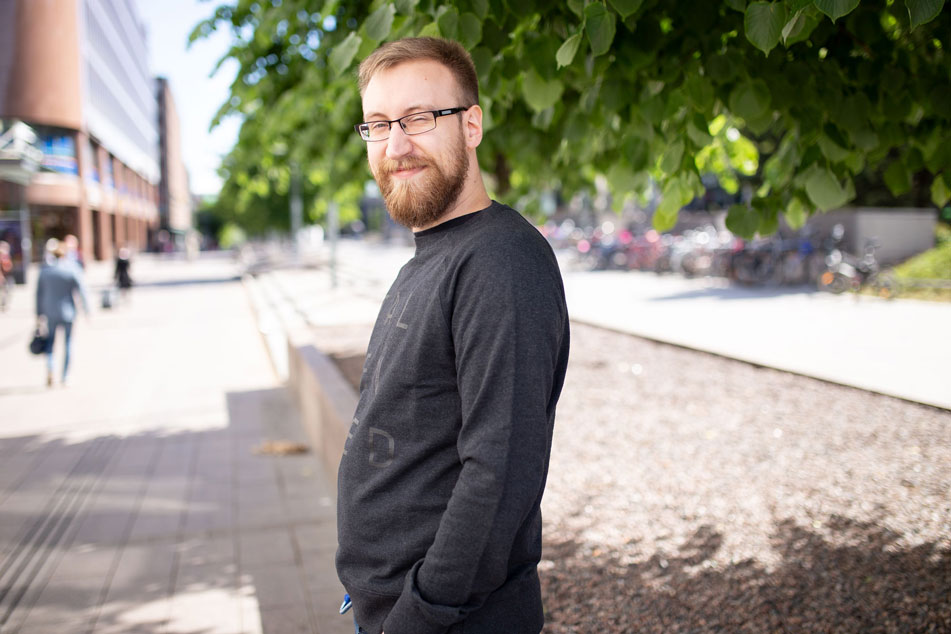 I’m a software developer turned DevOps consultant with about 5 years of experience in the industry and a master’s degree in information technology. I’m originally from Rovaniemi, I studied in the IT department of the University of Jyväskylä, and started working in Manchester a few days after graduating. After almost 3 years in Manchester, I’m now back in Finland!

I started learning programming when I was a teenager, but only started it as a real hobby at the university. The first programming languages I learned were C and C++. At the university, I picked up the some Java and quickly got introduced to functional programming via Haskell. During my studies, I started working as a software developer, building web apps in Scala, Java, and JavaScript.

Would you like to tell a little about your time in the UK?

At first, I considered staying in Finland after receiving my degree but then decided to search for opportunities elsewhere. I took Cake Solutions’ offer to work as a software engineer. They offered a nice relocation package, a role where I’d be developing Scala full-time, and a new environment where I’d still be able to communicate with people.

Working in the UK was a great experience! I got to work with a talented and diverse group of people in challenging projects. There were a lot of people from all over the world in the same situation, so I didn’t really feel like an outsider. I received a lot of support from the company in setting up a new home and got used to the local habits quite fast. Cake also supported me in promoting my work in conferences. After a year of working as Scala engineer, I joined Cake’s DevOps team to further expand my knowledge in delivering and maintaining software. As my first major project in the team, I lead a Site Reliability Engineering (SRE) initiative within Cake.

I think working in Finland is more relaxed than in the UK. Finnish companies (especially the smaller ones) tend to favor flexible work and casual work environments a lot. That said, Cake’s working environment was pretty relaxed. I feel that the pace at which work is done is generally slower in Finland, which can be both good and bad depending on what you’re looking for. I find that I have more energy to work on other things after work in Finland. On the other hand, I saw ideas and changes progress a lot faster in the UK, which was exciting at times.

What made you come back to Finland?

I suppose I got a bit homesick. Manchester felt a lot more cramped and hectic than Finland, and it was pretty hard to find a nice home in a quiet area within a reasonable price range. I wasn’t happy with the quality of the apartments in the area. Another reason was that it got hard to keep a good balance between work and life. The time difference between the US and UK offices meant that there were a lot of late meetings.

What hardware do you use?

At work, I’ve got a 15-inch Dell Precision 5520 laptop, and at home, I mostly use a 13-inch Dell XPS 9360 laptop. Both laptops offer a sublime Linux support with modern hardware. Besides those, I have a desktop PC dedicated for gaming running Windows 10.

I run the latest Fedora Linux with Gnome 3 desktop on both my work and home laptops. It provides a modern, consistent Linux experience without having to spend much time getting it set up. For work and hobby programming, I spend a lot of time in code editors and the command line. For writing code, I mostly use Visual Studio Code and IntelliJ IDEA these days. I tend to use Vim for the occasional small edits in the shell. For command line, I use bash as the shell and Tilix as the terminal emulator.

What would be your dream setup?

I’d like to have a setup where all of my computing is so easy and reliable to transfer between devices that I’d no longer care about the device I’m using. I could then use whatever hardware makes sense for the context with all my stuff easily available. Switching to a replacement computer while other hardware is being fixed wouldn’t be a chore.

What is your favourite programming language and why?

I think Kotlin is probably my favourite language right now for general application programming. It has a pretty good type system, reasonable support for functional programming, good tooling, and it can leverage a huge ecosystem. That said, I haven’t really used it for anything serious yet.

Rust is also very awesome for low-level programming. I hope we’ll see it’s libraries and tools become mature soon! I’ve found Go to be a great replacement for scripting languages. I dislike a lot of its design decisions, but I still find it super useful.I’ve also been looking into ReasonML recently. I found its combination of OCaml with NodeJS ecosystem quite interesting.

How did you hear about Talented and did you have any preconceptions about us or recruiting companies in general? How did your process go?

I heard about Talented from a friend from Wunderdog, who’s also part of the Talented network. I’ve seen other communities arranged by recruitment companies that otherwise operate the traditional way, so I was expecting something similar at first. The process went pretty great! I had a chat with Teemu over Skype about my background, and he was really quick to find interesting companies for me to have further calls with.

In the beginning, you got to tell us about your preferences for jobs and companies. Has your new job matched with your expectations?

These were the main things I was looking for:
– Relaxed company culture with a flat hierarchy
– A modern way of doing things
– A chance to continue working on DevOps and/or SRE

I got an offer to work as DevOps consultant at Polar Squad, a fresh DevOps consultancy company that was started late last year. Polar Squad works with clients on helping their development teams become more productive at delivering software to production the DevOps way. In practice, this means setting up cloud environments, deployment pipelines, and observability systems as well as promoting DevOps culture in the client organization. I joined the company earlier this month. The company is still very small, so there’s a lot of opportunities to build the company the way we want. It has definitely matched my expectations so far!

How did we do?

You guys did fantastically. I’m looking forward to your next event! 🙂

How would you describe Talented to a friend or anyone who is looking for new challenges?

Talented is a recruitment company run by friendly folks and where the talent is treated as the customer rather than a resource.