This text is written by Jordan Thomas – If you’d like to star as a guest writer on the Talented blog, let us know at hello@talented.fi

In the first part, we focused on what recruiting is and how to source new candidates. Let’s now dive into screening potential candidates and selling the company to them.

So you’ve built your funnel, applications are coming in and it’s now time to start sorting the wheat from the chaff. Again, every company is different. It’s not just about finding the hits. The goal of this stage is to say “no” as soon as possible. Don’t waste time on candidates that are not what you are after. You’re looking for people who are smart and can get stuff done. As one of my previous colleagues told me, “we can recover from bad projects but it’s hard to recover from a bad hire.” In other words, it’s better to reject a good candidate than hire a bad candidate. Golden rule: Don’t lower the standard.

CV’s are often the first touch point you have with the candidate. Obviously you’re not going to hire based on the CV but you can make a basic assessment based on CV. For example, has the person been working mainly on ticket based tasks or have they been working on involved and creative programming tasks and building systems end to end. Most developers can write code but not all developers can build systems. There’s a big difference.

Logically, it’s worth trying to avoid screening with a keyword matching strategy. Sure, it’s easy and you can use the computer to help you but I think it’s the worst way to start. Technologies come and go so if you’re in it for the long term then it’s worth thinking of the candidates more in terms of their history and potential to learn. Do they actually understand software and can they problem solve. So what if they don’t have the words “react” or “docker” on their CV. You would be surprised how quickly a developer worth his salt will learn the tech on the job. Moreover, many technologies are easy to learn so why limit yourself?

This is the fun part where you actually get to meet the candidate. It’s not an interrogation, it’s a discussion where the candidate is made to feel comfortable so he can express her/his thoughts freely. Remember, it’s a two-way street. It could be where you start each interview off with some light chat and coffee. The interviewers introduce themselves and explain the interview process. It’s important that the person is at ease – as much as possible given the circumstances. They will (should) be evaluating you too so the interview process should be a positive one. Needless to say, coming to the interview prepared and having thought about the questions you wish to ask is a given…right?

Each company has its own culture and requirements but it’s possible to generalise how an interview should be conducted and which questions to ask. Ideally, this is the part where you determine how the person views the world, work out what the candidate really wants to do and whether or not you can offer something that will keep the person interested for the foreseeable future. Questions should be fairly open-ended so that the candidate has the opportunity to talk. Starting with easy questions – even for experienced candidates – and work up to the more difficult questions from there. Keep in mind the 80/20 rule – the interviewers should only do about 20% of the talking with the rest being up to to the interviewee. From this, you should get a reasonable understanding of the passion the person has for the job and whether they can articulate their ideas.

Based on my earlier comment about keyword searching, I reason that technical questions should be more holistic in nature. That is, how would the candidate solve a particular problem in a domain they are familiar with but have probably not implemented. How do they approach problem-solving? How do they use their technical knowledge? Software development is not about isolated understanding. Rather, it’s about bringing people together with a multidisciplinary approach to problem-solving.

Keep in mind that the interview process is only a small snapshot of the candidate. Some people interview better than others and it’s not foolproof. The idea is to work out if they have a good understanding of their craft. This is not about asking questions about facts they could find in 15 seconds with a quick web search. Does the candidate have a solid understanding of the key building blocks that are used for building good software and an understanding of how these blocks fit together? Sure, you have experience with AWS but how do you apply it to solving the problem along with other technologies?

Interviewing candidates is a big responsibility for your company. There is a very simple tendency to just verbally discuss the interview decision and leave it at that. Maybe this is the “lean” way? Although making the decision straight after the interview is important I strongly think that interviewers should write a 2-3 paragraphs on why they think the candidate is a “yes” or “no”. The discipline behind this is important not only for learning and self improvement but also for clarifying how the decision has been arrived at. Make sure this is something that is done straight after the interview. The longer interviewers delay, the harder it is to remember. A quick response to the candidate is impressive and shows you mean business.

Finally, try to make the process somewhat systematic by working to a general set of steps which leaves plenty of wriggle room to account for the differences in each situation. I think that it’s important that hires are not done based on “who” interviewed them. Sure, it’s important to get diversity but the standard set should be on par. As much as possible, a decision to proceed should not depend on who interviewed them – strive for this. Prepare well for each interview, don’t drop your standards, “maybe” means “no” and keep improving the process.

With phone interviews so much is lost yet so much can be gained. What do I mean by this? The problem with in-person interviewing is that there are so many external factors which influence our impression of the candidate. How do they sit? How do they present? Do they have a firm handshake? Do they make eye contact? Things that may make little, if any, difference to the potential of the candidate tend to invoke biases in our decision making. Phone interviews may offer a less biased way to conduct a first round interview – a screener so to speak. An open, yet planned, conversation with the candidate over the phone may be a good tactic for discussing the details of someone’s background and some of the claims on their CV. By focusing on the content of what they say rather than the presentation of what they say a more unbiased decision as to whether or not to proceed may be given.

With LinkedIn and Facebook, it’s easy to get an idea of someone’s network. Be aware that in Finland it is illegal to check someone’s social media profiles and references unless the person has given you permission to do so. The checking of references even extends to your current colleagues who have worked with the candidate in the past – unless the colleague is, in fact, part of the recruitment function.

If you really want to get your recruitment process humming then aim to get things moving quickly with the whole interview process done in a week. Yep, aim for a week. In reality, two weeks is more realistic if you are on your game. If you can achieve this goal you will have a big advantage over other firms because most of them can’t move this quickly.

Even if you plan to reject a candidate, respect them and give an answer quickly (less than 24 hours). The interview process is stressful and there is no need to delay it. For rejected candidates, be clear and constructive as to why they have been rejected. Don’t give them a reason to bad mouth the company because there is a good chance that they will if you treat them with less than respect.

For the candidates that you’d like to hire, why delay it? The longer you leave it, the longer they have to shop around and to receive other offers. If you delay, the higher the chance that they will be gone when you eventually get around to give them the positive news. It’s as simple as that.

Selling the company to candidates

You are at the point where you want to make an offer so what makes a person say “yes”? Whether you like it or not, a big part of recruitment comes down to your ability to sell the position and the company. Is money the deciding factor? For many developers I think the answer is “no”. At least, it’s not the main factor which determines whether or not they will accept. Like most transactions, it’s the value that they are getting from the deal – whether it’s monetary or otherwise. If you can’t offer a decent working environment, there are plenty of other places which can. There’s only so much that a person will tolerate regardless of the financial compensation. As I mentioned earlier, recruitment needs to be viewed holistically and the strategy that you develop needs to extend beyond the ideas of “source, screen, sell”.

Company culture is a big deciding factor for many people and I think this is something that most organisations realize but many don’t get right. Although nice, having an office dog or offering lunchtime massages is not company culture. Company culture is an approach to work, to life and to each other. If your organisation is ruled by bureaucracy which stops the organisation from making smart decisions then do you really think you will attract (and more importantly) retain the top talent?

The bottom line is can you offer something that is fair and reasonable both now and in the future? Are you going to have something that will keep the person engaged over the next few years? Is your environment stimulating and challenging? Are people given the opportunity to get shit done with minimal stupid bureaucracy? If your organisation can answer “yes” to all these questions then you probably have a pretty competitive proposition. 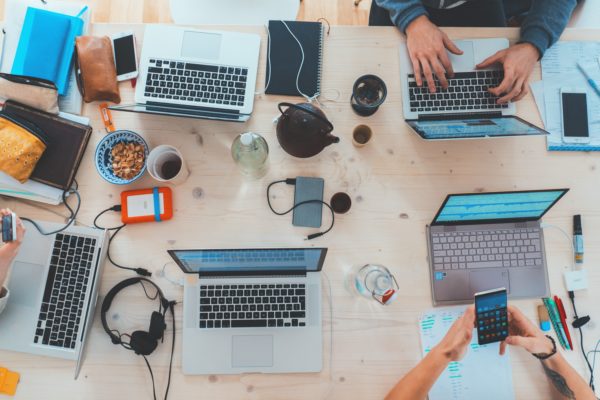 Recruitment is hard and the bottom line is that no matter what I write here if you don’t get serious and think strategically about it you are not going to be good at it. There are no shortcuts and an article such as this barely scratches the surface of tech recruitment. On the other hand, a well thought out approach can be fruitful and worth the effort. Challenge accepted!

Talented is shaking up the general way of recruiting software professionals in Finland and worldwide. We help senior IT and digital Talents to find better fitting jobs and projects, and companies to build digital competences and employer brand.

Stay up to date on Finnish software industry insights and connect with both the hiring companies and the other techies who geek out on the same stuff you do – Join the Talented Developer Community!