On October 8th we packed some Talented swag and headed to Laivakatu and Starship HQ, where over 20 mobile development enthusiasts had come to hack the delivery robots of Starship. At least we at Talented were amazed by the cuteness and the size of the robots and couldn’t help touching and investigating them. 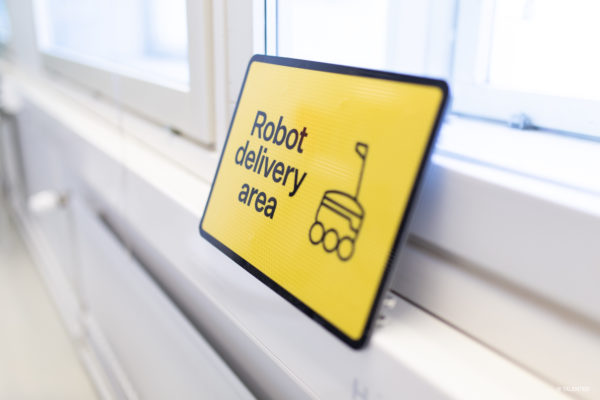 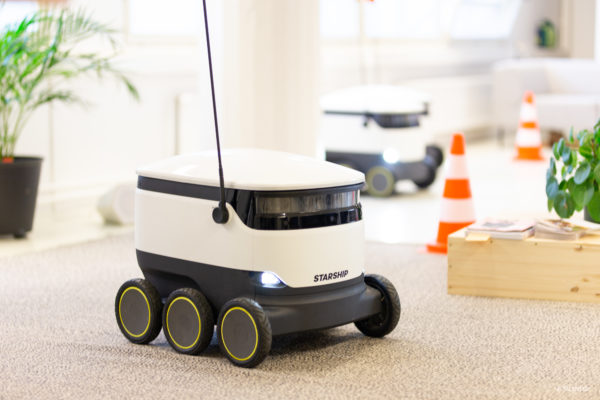 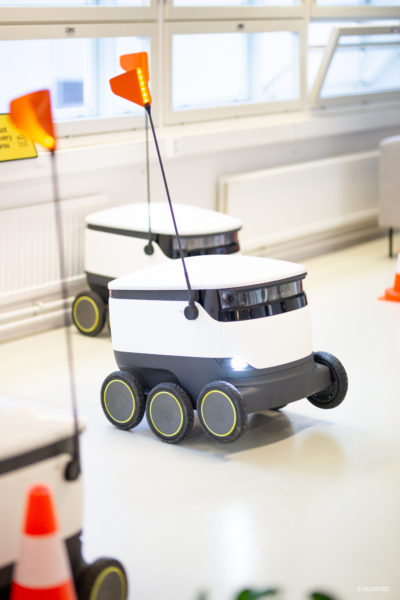 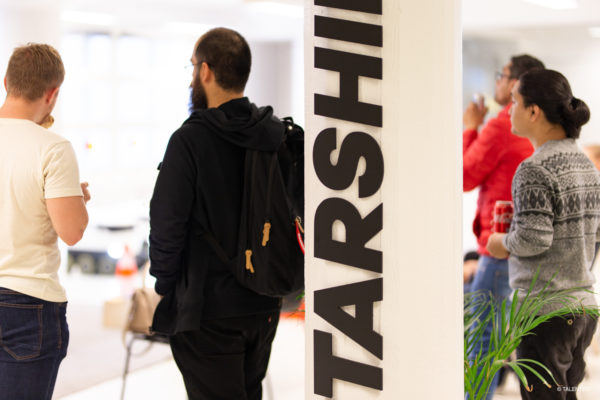 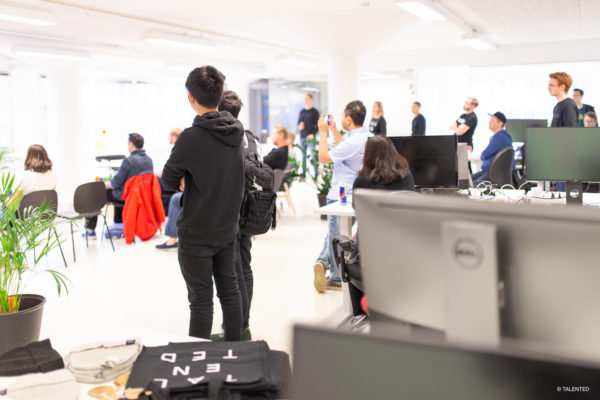 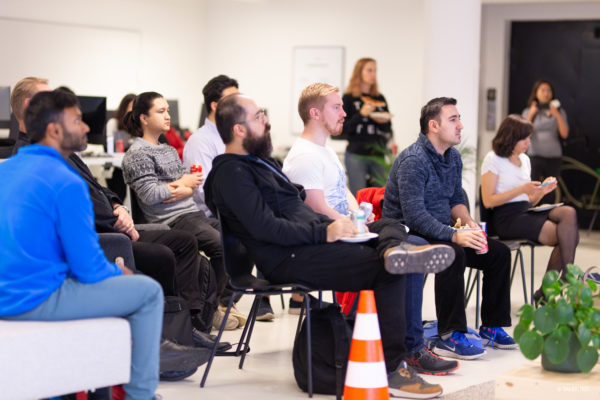 Getting to know Starship

After a couple of slices of pizza, the event was ready to kick off with the presentation of Phillip Lindberg, the VP of Product. Phillip shared Starship’s story and some facts about the robots. Starship was founded in 2014 and today the company’s business headquarters are in San Francisco, main engineering office in Estonia, and mobile development department in Helsinki.

The robots weigh around 45 kilos and can deliver items, such as food and packages, within a six-kilometre radius and move up to six kilometres per hour. Customers order goods via mobile app and once ordered, the robots’ entire journey and location can be monitored via the Starship application. An interesting thing we learned is that these robots are amazingly green, planet Earth appreciates! They are also safe as they can navigate around objects and crowds, and the cargo bay is mechanically locked throughout the delivery journey. The orderer can open the cargo bay via the mobile app.

In case you’re wondering, the delivery robots are already in action for example in George Mason University campus in the US. Hopefully, we’ll see them here in Finland in the near future too.

Phillip also told us about the heart-warming comments Starship had received from the test users in the UK. The received comments had one thing in common: people were genuinely delighted and excited about the delivery robots. At the event, the robots spread joy all around the office too. This leads us to an important point: Not all robots steal our jobs. They also create new ones (people loading the robots at stores) and can save us from a chore. 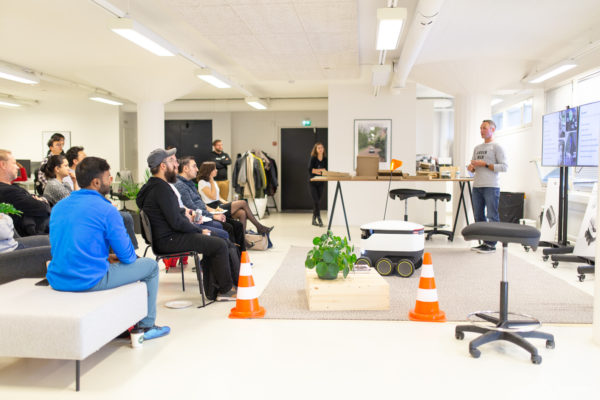 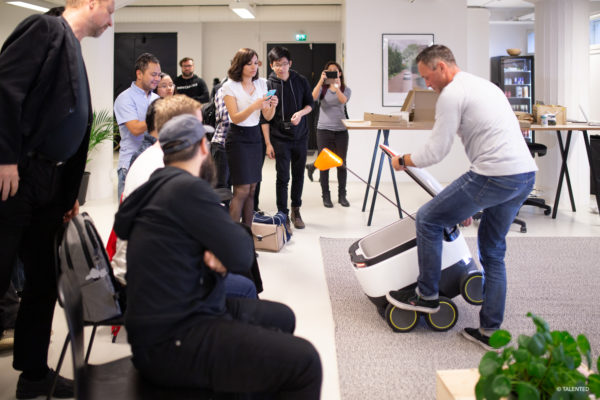 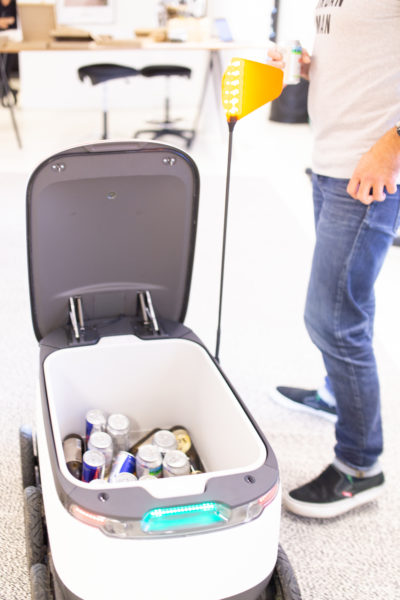 After Phillip’s part, it was time for the hands-on part of the evening. Tomi Kankaanpää, the head of mobile development, underlaid the task: Get to know commands, pick which one of the three robots you want to move and play with the API! Each time participants got their hands on the robot’s API they had two minutes to control the robot before it was someone else’s turn.

Some instructions, passwords and installed servers later people were absorbed into work and consciously (or unconsciously) competing who would be the first one to make a robot move. 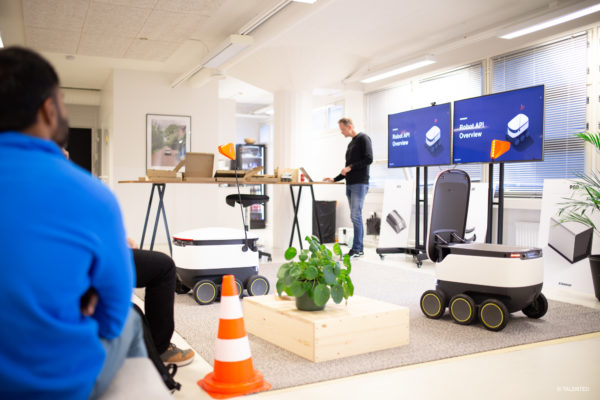 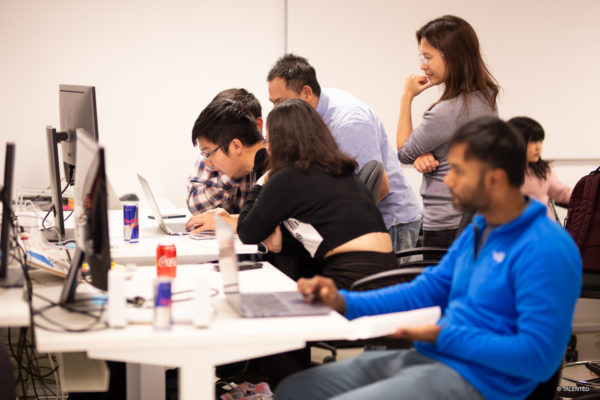 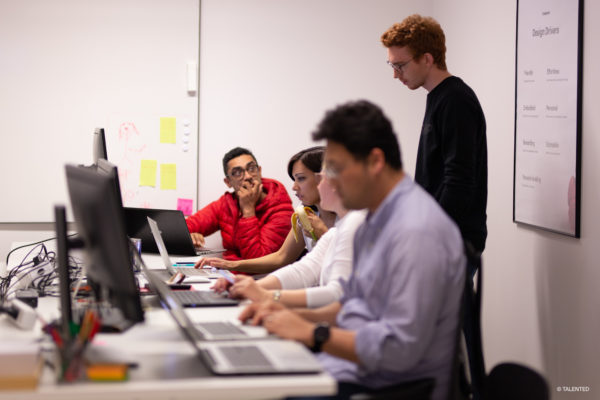 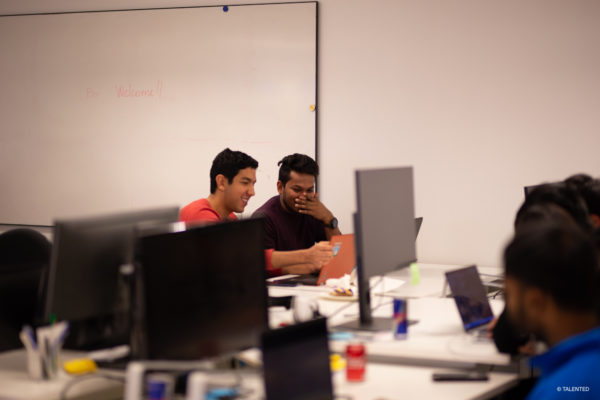 The “hackathon” style challenge asked the participants to flex their knowledge with working with new APIs, but luckily there were a dozen Starship guys to help them out. By the end of the challenge, the gutsy programmers made the robots to play music and drive around. Gotta say it was pretty awesome! 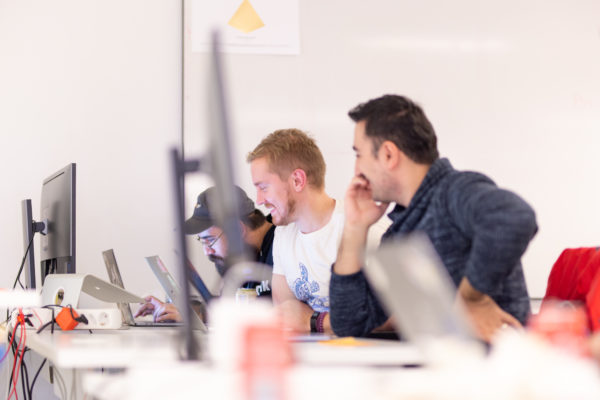 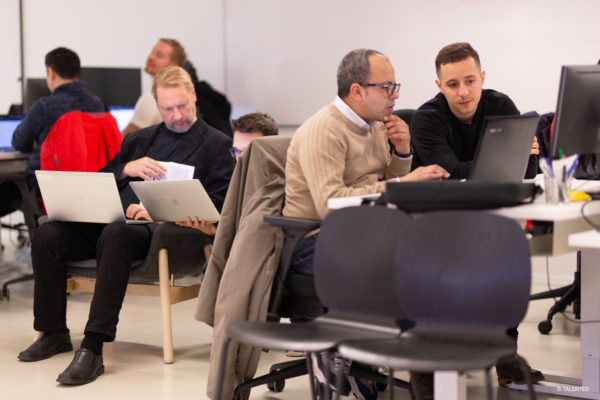 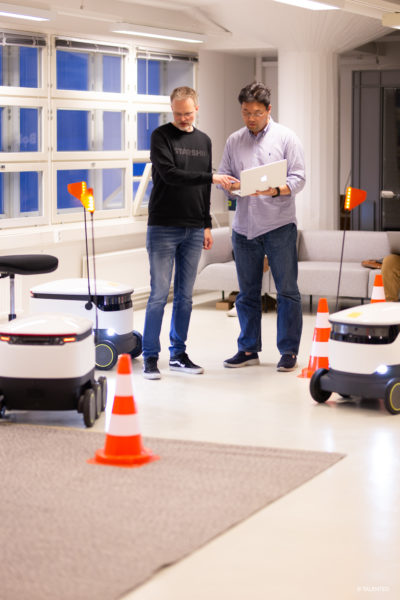 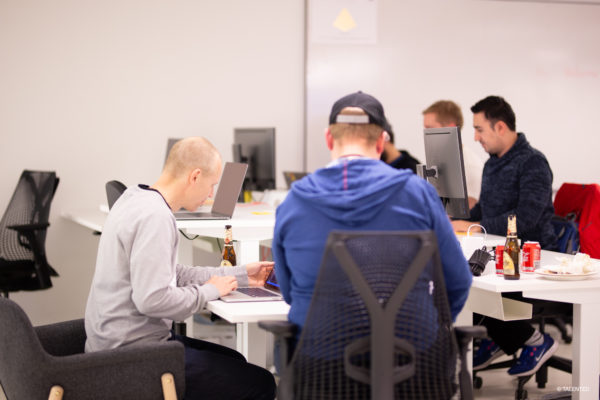 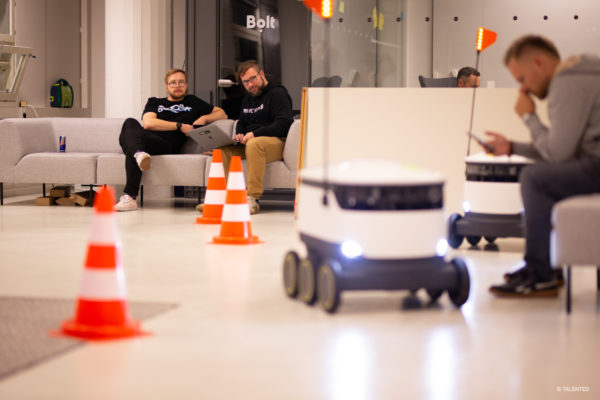 Here’s a video of one robot in action!

Talented is a community for over 2000 developers and designers and over 150 companies. We strive to shake up the general way of recruiting software professionals in Finland and worldwide. Stay up to date on Finnish software industry insights and connect with both the hiring companies and the other techies who geek on the same stuff you do, and join the Talented Developer Community today!

If you’d like support in job/project hunting or career planning, apply for your own Agent!👇